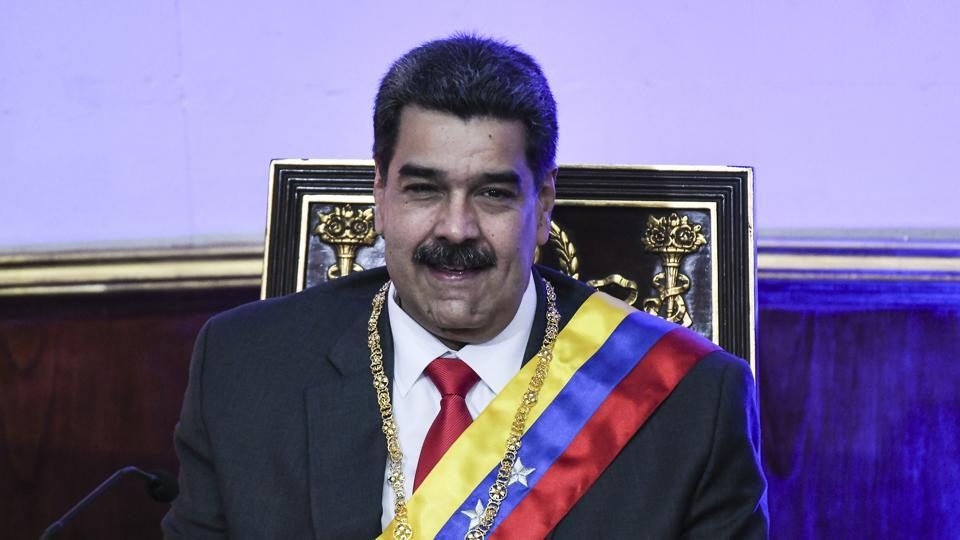 President Nicolas Maduro on Tuesday decreed that airlines flying from Caracas must pay for fuel in Venezuela’s ailing “petro” cryptocurrency, which he ordered to be more widely used in the cash-strapped South American country.

Maduro used his annual speech to the ruling Constituent Assembly to try to revive the controversial petro that has been banned by the United States and labeled a “scam” by some risk rating bodies.

“I decree the sale of all fuel sold by the PDVSA for planes operating international routes be made in petros from now on,” the socialist leader told the all-powerful Assembly, created by Maduro himself to sideline the opposition-controlled National Assembly.

Maduro also decreed the mandatory use of the petro to pay for state document services including passports.
Backed by Venezuela’s vast oil reserves, the petro was introduced in 2018 as a way to circumvent wide-ranging US sanctions and overcome chronic liquidity shortages.

Maduro wants the virtual currency to become a widely used means of payment by Venezuelans, yet most people have no idea how to use it.

Risk rating websites such as icoindex.com describe the petro as a “scam.”

But while the petro has failed to win investor confidence, other cryptocurrencies have proved hugely popular in Venezuela as a refuge against hyperinflation.

Maduro last December approved bonuses in petros for public employees and pensioners. However, experts said the petros were quickly changed back to bolivars and then to other currencies.

The government last week blocked the exchange of petros for bolivars.

Maduro did not specify whether the fuel payment measures introduced at Caracas airport concerned Venezuelan companies alone or if they extended to international carriers.

International links to Venezuela have been severely restricted since the beginning of a crippling economic crisis seven years ago.

The capital’s Maiquetia Airport is still serviced by Air France, Iberia, Portugal’s TAP, Air Europa and Panama’s Copa Airlines.
But there are no longer direct flights to the United States, due to sanctions imposed by Washington aimed at removing the socialist leader from power.

Nobel Prize for Literature to be announced shortly: Here are the probables