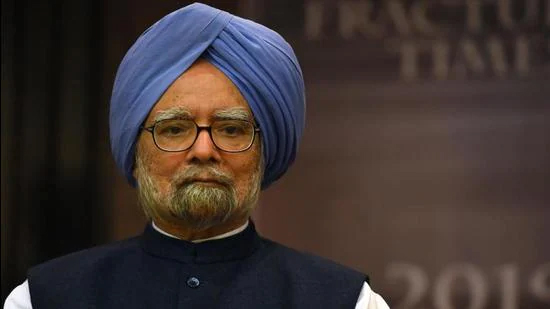 Former Prime Minister Manmohan Singh wrote to Prime Minister Narendra Modi on Sunday, listing five suggestions to tackle the Covid-19 vaccine shortage in India, which is currently fighting the second wave of the deadly virus. The former PM acknowledged the cloud of uncertainty among the people of the country who are “wondering when their lives would go back to normal”.

In his letter, Singh asked Modi to make public orders for the coronavirus vaccine placed by the government and reveal how the doses will be distributed among the states based on a transparent system. He also suggested that the Prime Minister offer some kind of flexibility to states in defining categories of frontline workers who can get vaccinated against the virus even if they are below the age of 45 years. He clarified, “For instance, states may want to designate school teachers, bus, three-wheeler and taxi drivers, municipal and panchayat staff, and possibly lawyers who have to attend Courts as frontline workers.”

Highlighting the vaccine shortage in the country, the former Prime Minister suggested that any vaccine that has been approved by credible authorities like the European Medical Agency should be allowed to be imported without insisting on domestic bridging trials. He said, “The relaxation could be for a limited period during which the bridging trials could be completed in India. All consumers of such vaccines could be duly cautioned that these vaccines are being allowed for use based on the approval granted by the relevant authority abroad.”

Acknowledging the huge potential in the private sector, Singh recommended that the government should actively support domestic vaccine producers to expand their manufacturing facilities by providing them with funds and other concessions. He further added, “I believe this is the time to invoke the compulsory licensing provisions in the law so that a number of companies are able to produce the vaccines under a licence.”

Pointing out that the key to the fight against Covid-19 must be ramping up the vaccination effort, he said, “We must resist the temptation to look at the absolute numbers being vaccinated, and focus instead on the percentage of the population vaccinated.”

‘US can’t do two things at once’: Biden defends not immediately raising refugee cap