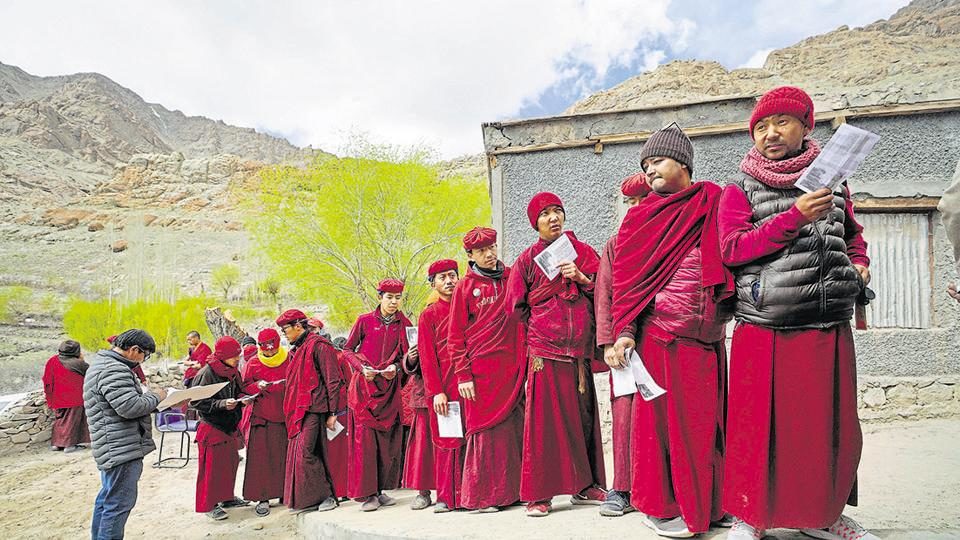 Ladakhis have welcomed the government’s decision abrogate Article 370 of the Constitution and divide Jammu and Kashmir into two union territories.

Under the government’s proposal to reorganize Jammu and Kashmir, Ladakh would be a separate Union Territory with no legislature.

“The decision by government to grant UT status is like a long cherished dream come true for us. We-the people of Ladakh have been striving for a separate region from the state-a UT since 1949. In last 70 odd years we staged many agitations to fulfill our demand,” PT Kunzang, president Ladakh Buddhist Association said.

Kunzang hailed the NDA government for taking the decision.

“The sole credit for UT goes to the BJP led NDA government. In last 70 years many government came and gone and they made promises made, even communal politics was played over the issue, but we remained empty handed. Now today PM Modi took a historical stand which is very commendable and we are thankful to the BJP government for taking such a bold step”, he added.

“Today will be written golden letters in the history of Ladakh. The grating of UT status is a gift from Prime Minister Narendra Modi, home minister Amit Shah and our forefathers who have strived hard for such status to our future generations”.

“I do not have the words to describe how happy the people of Ladakh today. For the last 70 years we have been demanding- Free Ladakh from Kashmir”, he added.

Rigzin Lundup, councilor for Tegar said, “It has been a longstanding demand of people to make Ladakh separate from Kashmir”.

“Bulk of the centre government funding goes to Kashmir and Kashmir only. While Ladakh region constitutes around 70 % of the area, but it only gets minuscule funding and Kashmir has been getting the lion’s share. Modi government gave Rs 80000 crore developmental package to Jammu and Kashmir in 2014, but Ladakh only got negligible share. Though there were three regions in the state, Jammu, Kashmir and Ladakh, but it was only Kashmir which dominated in last 70 years,” Lundup said.

Another councilor for Korzok, Gurmet Dorjay “According of UT status to Ladakh was our long pending demand, which has been finally accomplished today. Now we would directly come under central and we will have dedicated developmental funds. Earlier, we used to get minimal funds, whether for roads, buildings, power, sanitation etc.”

“The state exchequer was looted by three-four families in last 70 years. Now we will get rid of Kashmir- centric rule,” he added. 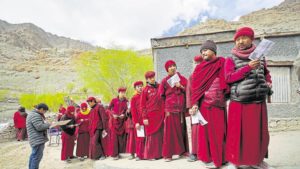 Imran Khan again calls for US mediation in Kashmir