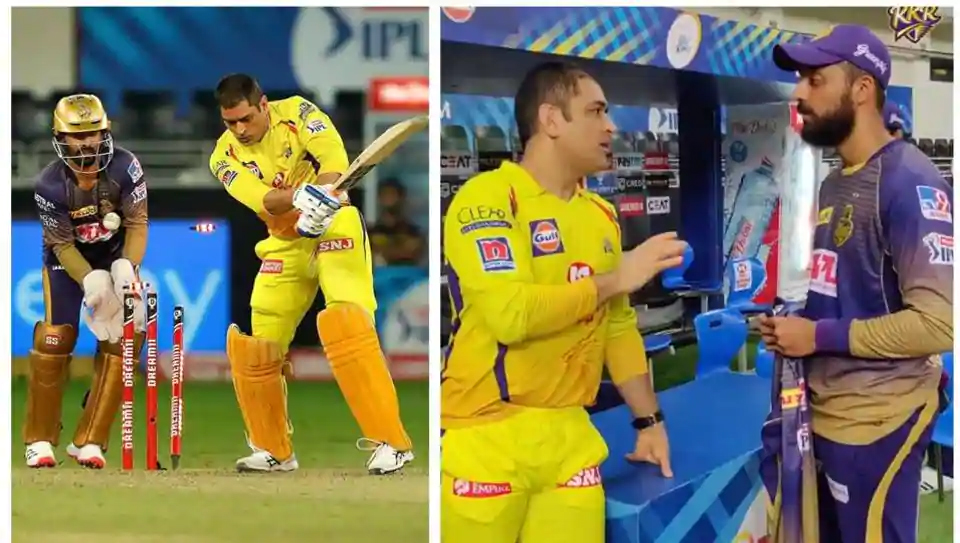 Varun Chakravarthy is having the time of his life. He is doing well in the ongoing Indian Premier League 2020 and recently he received his first national call-up. The BCCI selection committee picked him in the Indian squad for the upcoming T20I series against Australia. He has grabbed 15 wickets so far in 12 games, which includes a priced scalp of MS Dhoni.

During the game between Kolkata Knight Riders and Chennai Super Kings, Chakravarthy dismissed the former Indian skipper in his final over. Despite that, Dhoni was seen giving him some tips after the conclusion of the game.

Kolkata Knight Riders posted a video on Twitter of Dhoni and Chakravarthy having a chat. The tweet reads “From admiring him from the stands at Chepauk, to now…@chakaravarthy29’s fairytale continues!”Chakravarthy bowled an exceptional spell against CSK and managed to grab two wickets at the cost of 20 runs in four overs. Before cleaning up Dhoni in his final over, he managed to remove Shane Watson as well. In the reverse fixture, Chakravarthy dismissed Dhoni in a similar fashion, which makes this feat pretty special for him.

The KKR spinner was over the moon after his selection in the Indian squad. He told BCCI.tv “After the match got over I got to know (of my selection into the Indian team). I keep using the same word again and again, it feels surreal.”

“My basic goal was to play in the team regularly and perform and contribute to their wins. Hopefully, I’ll be able to do the same for India. I am not very active on social media and I have to thank the selectors for keeping their faith in me. I don’t really have words.”

Chennai Super Kings managed to chase KKR’s target down on the last ball. Ravindra Jadeja was instrumental in this chase with his 11-ball cameo of 31 runs, where he hit two sixes on the last two balls of the match. This defeat has put KKR’s chances of playoffs in jeopardy.