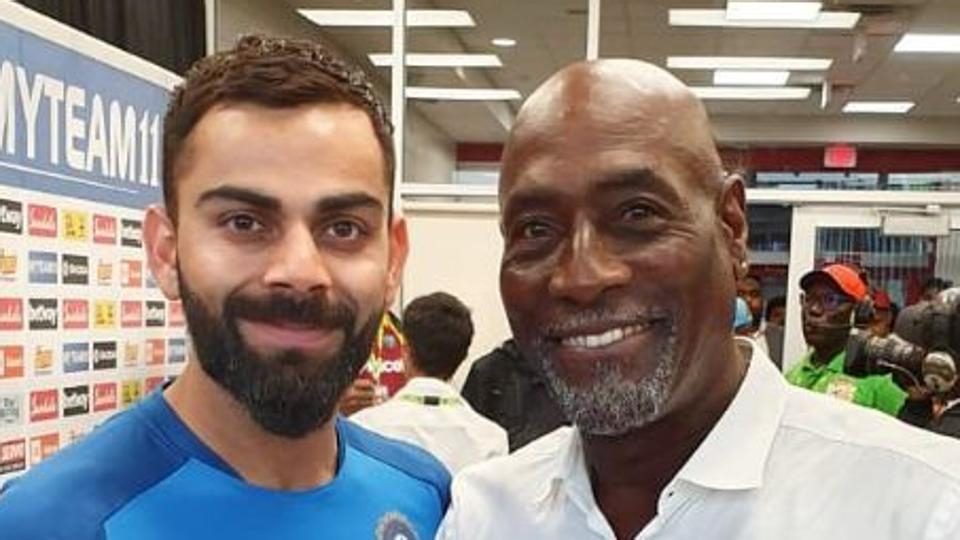 at his supreme best in the recently-concluded ODI series against West Indies and his twin centuries powered the ‘Men in Blue’ to a 2-0 victory. After the first match was abandoned due to rain, Kohli hit his 42nd and 43rd ODI centuries to set numerous records and in the process, also took India over the line against Jason Holder’s troops. During the third and final ODI, there was one particular moment from Kohli, which even left the legendary Viv Richards scratching his eyes in disbelief.On the fifth ball of the 22nd over during the India chase, Kohli hit his counterpart Jason Holder towards extra cover for a boundary. Kohli gave himself room, bent his back knee and hit the ball on the up, over the cover fielder for a stunning boundary. Richards, who was present in the commentary box, said as per Mid-Day: “Look at the body language…. oh, man. I’d be happy to play something like that when I was playing.” Richards is regarded as one of the best batsman ever to grace the game and such praise coming from the big man himself will surely make the India skipper happy. Recently, the two stalwarts of the game met in the Caribbean and posed for picture together.Kohli uploaded a picture on social media with Richards and referred to him as the ‘biggest boss’. Kohli’s post read: “With the biggest BOSS! @ivivianrichards”. Later, it was revealed by another West Indies great Ian Bishop that Richards was ‘honoured’ to have a picture clicked with the India captain. Bishop’s post read: “So Virat tweeted this yesterday. I asked Sir Vivian about it today. He seemed unaware of the Virat’s tweet. Sir Viv said that he was so honored to have his photo taken with Virat the “legend”. Such humility and presence by the great man. #batonofficiallypassed.” 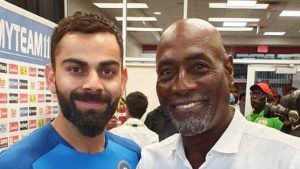