The killing of Al-Baghdadi in northern Syria by US elite special forces was “a further step forward in the fight against terrorism”, Di Maio told members of Italy’s Senate.

“But IS remains a very grave threat,” he added.

Over 80,000 IS members and supporters are being held in jails and camps in northeast Syria. Since the news of Al-Baghdadi’s death, Kurdish forces, worried about the possibility of attacks or rioting, have been tightening security at these facilities.

Di Maio also added his voice to security fears fuelled by the Turkish military invasion of northeastern Syria this month, as Kurdish officials said they needed to divert fighters and logistics to the front line to defend the area from the Turkish offensive.

“We cannot allow ourselves to squander the gains we have achieved so far,” he warned. 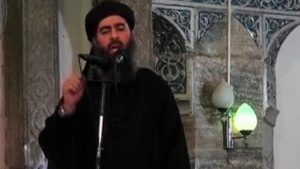